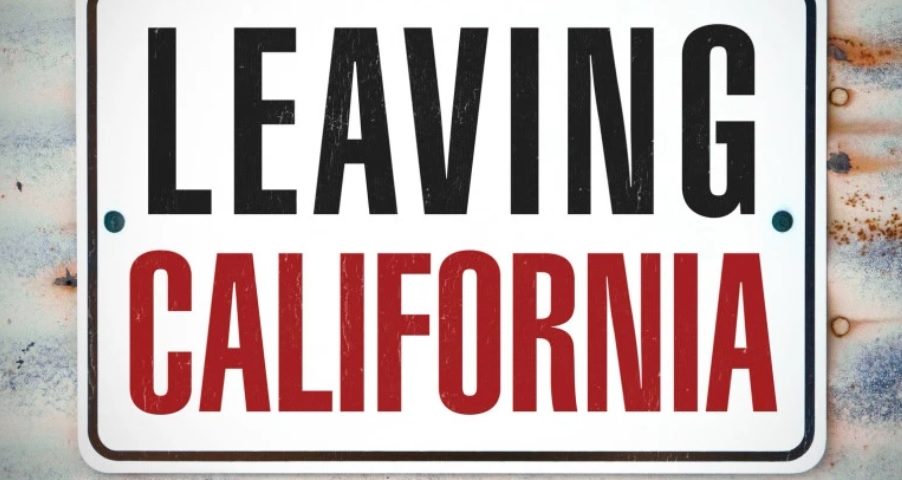 Probably not.  I suspect Tesla will continue to make cars in California for many years to come.  Elon Musk’s comments to the contrary notwithstanding.   Their Fremont, California facility is about 10 million square feet in size.  Sure, they can relocate, but relocating would be neither easy nor cheap.  No, I suspect Elon and the Alameda County health department will figure out how to get Tesla back to work.   And soon.

But what IS leaving California is money … lots and lots of money.   Mountains of money.  An unprecedented amount of money.  And this is a very, very serious problem.   While California may have the 5th largest economy in the world, when measured by GDP, unlike the sovereign nations that make up the “top 10” GDP global list, California cannot run a budget deficit.  By law, just like almost everyone other state in the United States, it must balance its budget every year.   This is non-negotiable.   This fact notwithstanding, last week, Governor Newsom informed us California is likely to have a $54 billion budget deficit this year.

And people appear to be leaving the Golden State, too.  According to the state agency tasked with tracking population growth, for the first time in recent history, California’s population remained almost unchanged during the one-year period ending 12/31/19.

Why You Should Care:   The US economy and US dollar are the bedrock of the world’s economy.

But is the US economy expanding or contracting?

Before COVID-19, the world’s annual GDP was about $85 trillion today.  No longer.  It has shrunk sizable during ‘The Great Lockdown.’   I did not coin this phrase — the IMF did.  The same folks who track global GDP.   Until recently, annual US GDP exceeded $21.7 trillion.  Together, the U.S., the EU and China still generate about 70% of the global economic output.

The objective of this blog is singular.

It attempts to predict the direction of our GDP ahead of official economic releases. Historically, ‘personal consumption expenditures,’ or PCE, has been the largest component of US GDP growth — typically about 2/3 of all GDP growth.  In fact, the majority of all GDP increases (or declines) usually results from (increases or decreases in) consumer spending.  Consumer spending is clearly a critical financial metric.  In all likelihood, the most important financial metric. The Steak House Index focuses right here … on the “consumer spending” metric.  I intend the SHI10 is to be predictive, anticipating where the economy is going – not where it’s been.

Late last week, Governor Newsom made a troubling forecast:   California is looking at a $54 billion deficit.  The causes are obvious.  What percentage of the current budget, you might ask, is this forecasted deficit?   Let’s take a look.  Here is a current California budget summary:

To his credit, Newsom didn’t sugar-coat the damage he expected from job losses and the prolonged shutdown.  His administration’s bleak projections expect an 18% unemployment rate for the year, a 21% drop in new housing permits, and nearly 9% decline in California personal income.   The governor acknowledged his forecast was “jaw-dropping” and sought to brace the California public for a prolonged downturn and recovery.

And, to repeat, California is required by law to balance its annual budget.  According to the National Conference of State Legislatures, there are three types of balanced budget requirements:

The ‘National Converence of State Legislatures’ adds this comment:

“However, there are only two real constraints on state and local governments that do not balance their budgets according to constitutional or legislative statute. States cannot issue debt in the same way that the federal government can.  Debt requires approval of the legislature or even the voting public. The last state government to borrow long-term funds was Connecticut in 1991. Non-federal government spending is capped by revenue. The second major constraint is the democratic process itself.  Officials who run up government debt can be voted out of office if they fail to uphold their own laws.”

Another ‘thing’ that appears to be leaving California is robust population growth.  In fact, according the the California Department of Finance, our state of almost 40 million people grew by only about 87,000 in all of 2019.   This translates to a dismal 0.2 percent growth rate.   According to the latest report:

“California added only 87,494 residents in 2019 to bring the state’s estimated total population to 39,782,870 people as of Jan. 1, 2020, according to new population estimates and housing data released by the California Department of Finance. California’s population grew by only 0.2 percent, continuing a historically slow growth trend since the Great Recession. Growth remains strong in the interior counties of the Central Valley and the Inland Empire, while remaining modest in the Bay Area, and slowing to near zero and even negative in most of the coastal counties. Los Angeles County, the state’s most populous county, has now lost population the last two years, dropping 0.3 percent in 2018 and 0.1 percent in 2019.”

Compare this to the states 2.7 million people increase in the previous 10 years.  Downright dismal.  Here’s the link if you want to explore further:

In mid-April, the IMF forecast global output would contract 3% cent this year and net public debt would rise from 69.4 per cent of national income last year to 85.3 per cent in 2020.  I now suspect they are too low on both metrics.   Countries across the globe are issuing sovereign debt to finance stimulus programs at levels never before seen. 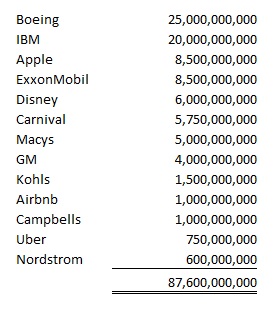 In all, according to CNBC, we’ve seen over $100 billion in corporate bonds issues in just the past week … and over $600 billion of ‘investment grade‘ corporate debt sold since March 23rd.  It’s good these companies were able to secure much needed liquidity, but every penny must eventually be repaid.

The Great Lockdown has lasted much longer than I previously anticipated.  Which makes the recovery that much more difficult.   Throw in a staggering 2020 budget deficit, unprecedented unemployment levels, and a stable (not growing) tax base, and we see California has a seriously difficult, uphill climb.

While some countries, and some US states, have eased lockdown restrictions a bit, I’m seeing very little in public policy announcements to suggest that either (a) local, state, national or global business will be “back to normal” any time soon, and (b) even if businesses were permitted to quickly ramp-up, consumer behavior is likely to be adversely impacted for months beyond the opening of the economy.

Worse, the amount of sovereign and corporate debt issued to “weather the storm” so to speak, combined with the economic devastation caused by the unemployment likely to become structural and long-term, suggests (a) governments will labor under severe debt loads for years to come, limiting fiscal choices and likely increasing both individual and corporate tax levels, and (b) consumers here in the US will, at best, tread water until the federal government’s $600 weekly unemployment stimulus payments end, but will likely face severe headwinds thereafter.

This is bad.  And getting worse.  The FED will do ALL it can to support the financial markets.  In theory, they have an unlimited ability to do so.  But they cannot fix the pandemic-caused structural economic problems, all of which grow larger as every week and month pass.

In a speech earlier this morning, FED Chairman Powell said he personally has growing alarm about the path ahead, which he described as “highly uncertain and subject to significant downside risks.”

I agree.   Please don’t get me wrong, however.  I don’t believe a collapse is imminent.  Our economy, in the macro, will survive.  But I do believe we’re in for a rough go.   For a long time.   For those looking for a visual, think of a Magic Mountain roller-coaster or a rafting trip down the Kern River.   It’s gonna be scary and bumpy.   I previously suggested I felt we had seen the “market bottom” for the DJIA and S&P500.   I am no longer convinced.   My 2 cents. 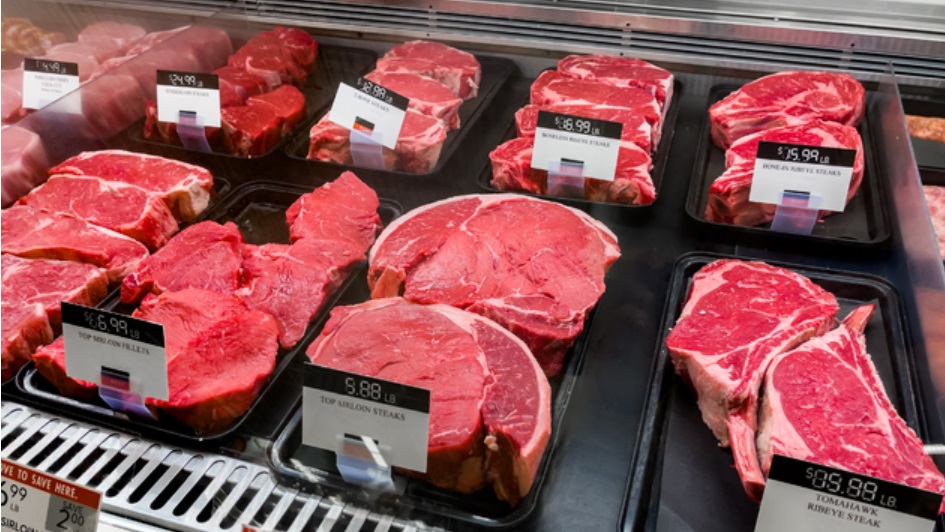 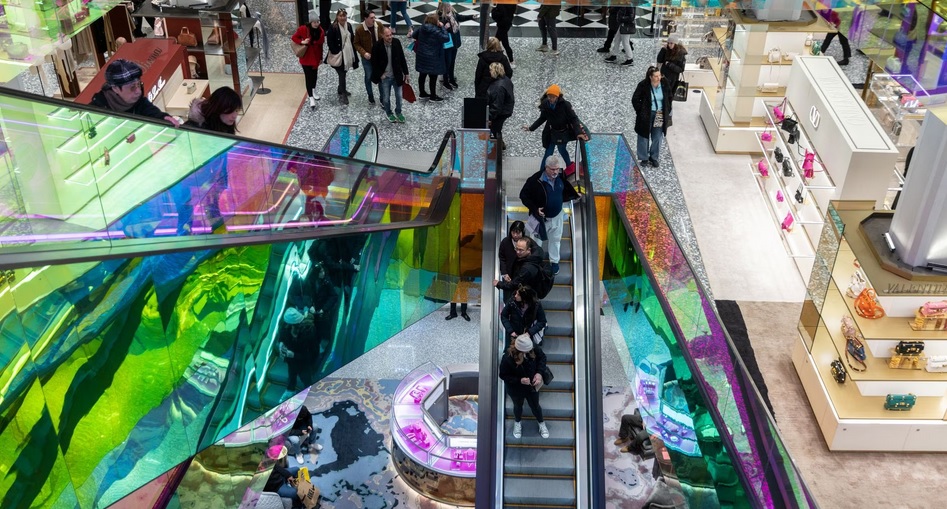 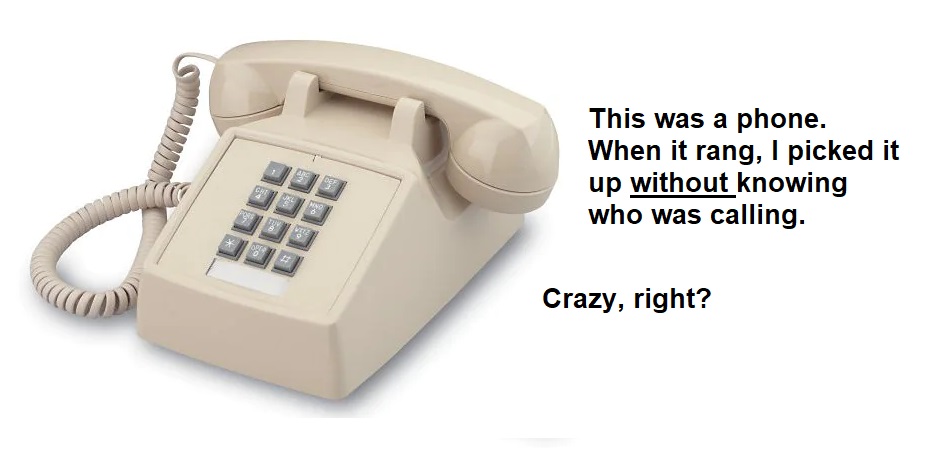